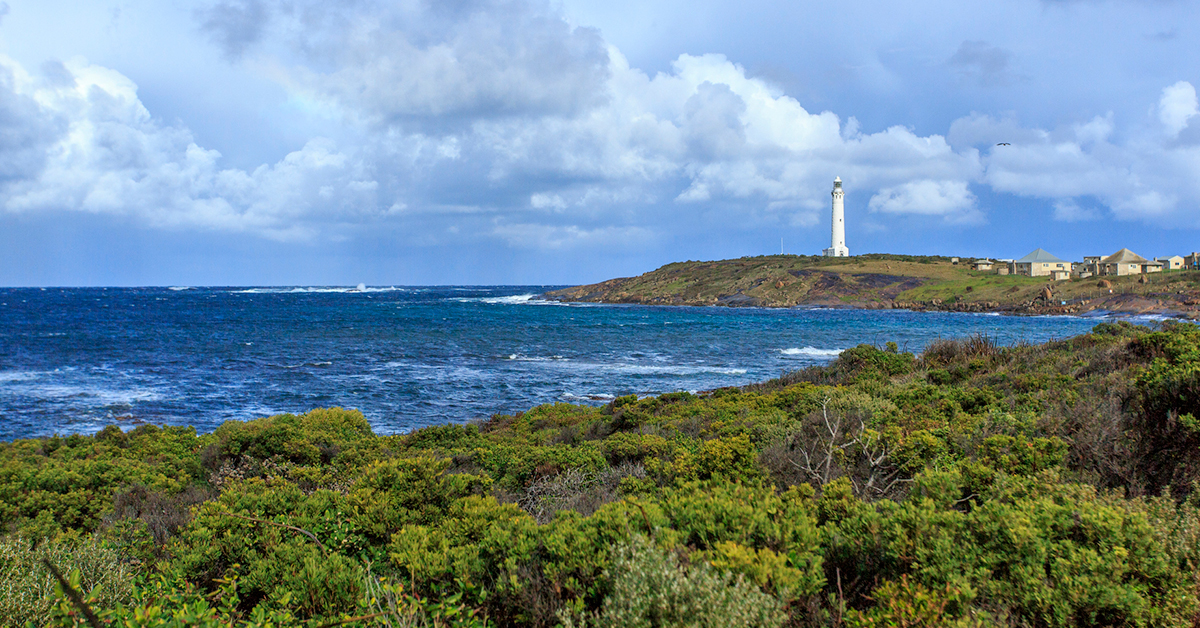 It’s no secret that Margaret River is considered one of the world’s great wine-producing regions, a popular tourist destination and it’s also the home of some of Australia’s best Cabernet Sauvignon.

In our latest feature we unearth some of the more fascinating facts and secrets about the area’s history, viticulture and a selection of destination hot spots to add to your itinerary for your next trip. We hope you enjoy learning more about our beautiful pocket of Australia!

The History of Margaret River

The town of Margaret River is located 277km south of Perth along the Margaret River. It’s presumed to be named after Margaret Whicher, a friend of John Bussell, who was the founder of Busselton and one of the area’s early settlers. The name is first shown on a map of the region published in 1839.
Known colloquially as ‘Margs’ among the locals, the region stretches some 100 kilometres from beautiful Cape Leeuwin in the south to Cape Naturaliste in the north and is about 27km wide. The town has a population of 8806 people, but more than 700,000 tourists also flock to the area each year. The area was originally inhabited by the Noongar people who called the river Wooditchup, named after the magic man, Wooditch, who created the river in the Nyitting or the Dreaming.
After the first British settlers arrived in about 1850, the area was mainly used for timber logging and by 1910 the town had a hotel, which also operated as a post office. The wine region didn’t officially take off until 1961 when it attracted the attention of two research scientists, Professor Harry Olmo and Dr John Gladstone. Read more..

The first commercial vineyard was established in 1967 by Dr Tom Cullity (later named Vasse Felix Estate). Today the region is home to about 150 wineries with 5800 hectares under vine. Mostly made up of smaller boutique wine producers, operations in Margaret River range 3.5 tonnes per year to around 10,000 tonnes at the largest vineyards.

Margaret River has always been famous for its Cabernet Sauvignon and Chardonnay. Other principal grape varieties include Shiraz, as well as Sauvignon Blanc and Semillon blends. Although the region contributes only 3 per cent of the country’s wine grapes, it commands over 20 per cent of today’s premium wine market.

The area enjoys a Mediterranean-style climate with superior growing conditions most similar to Bordeaux in France. Humidity levels are also ideal during the growing period and the combination of climate, soil and viticulture practices leads to consistently high quality fruit of intense flavour.

In spring, there is an abundance of wildflowers that bloom along the coastline. In fact, the Margaret River region is one of the most bio-diverse regions in the world and has more than 2500 wildflower species, including 150 types of orchid – some not found anywhere else on earth. Read more..

Australian actor and Hollywood legend Hugh Jackman says Margaret River is his favourite place to go on holiday “It’s got the best beaches and unbelievable surf. It’s relatively quiet and unpopulated. Toss in some of the world’s best wineries and incredible food. What else do you need?”, he told The Star in 2011. Read More..

Thanks Hugh! We couldn’t agree with you more.

The Cape Leeuwin Lighthouse at Augusta is the tallest lighthouse on mainland Australia. It is situated at the most south westerly point of Australia where the Indian Ocean meets the Southern Ocean. It was constructed from local limestone in 1895 and today is one of the best vantage points for whale watching.

However, it’s not just about wine and flowers. Margaret River is one of the best and most consistent big wave surf locations on the planet and attracts many of the world’s best surfers. There is 134 kilometres of coastline stretching from Busselton to Augusta with about 75 surf breaks, including Main Break, The Box, and Rivadog. Surfers first started flocking to the area in the 1960s, along with ‘alternative lifestyle’ groups. The first professional surfing competition, the Margaret River Thriller, was held in 1985.

The Margaret River region contains about 350 limestone caves, formed over one million years ago. These spectacular underground formations are considered some of the best in Australia. Six of the caves are open to the public, including Jewel, Lake and Mammoth Cave.

It’s no surprise that when people hear the name Margaret River, they know they will be able to experience their favourite wines first hand or discover a new favourite on their next trip to the area.