The intriguing tale of how Brown Hill wines got their name 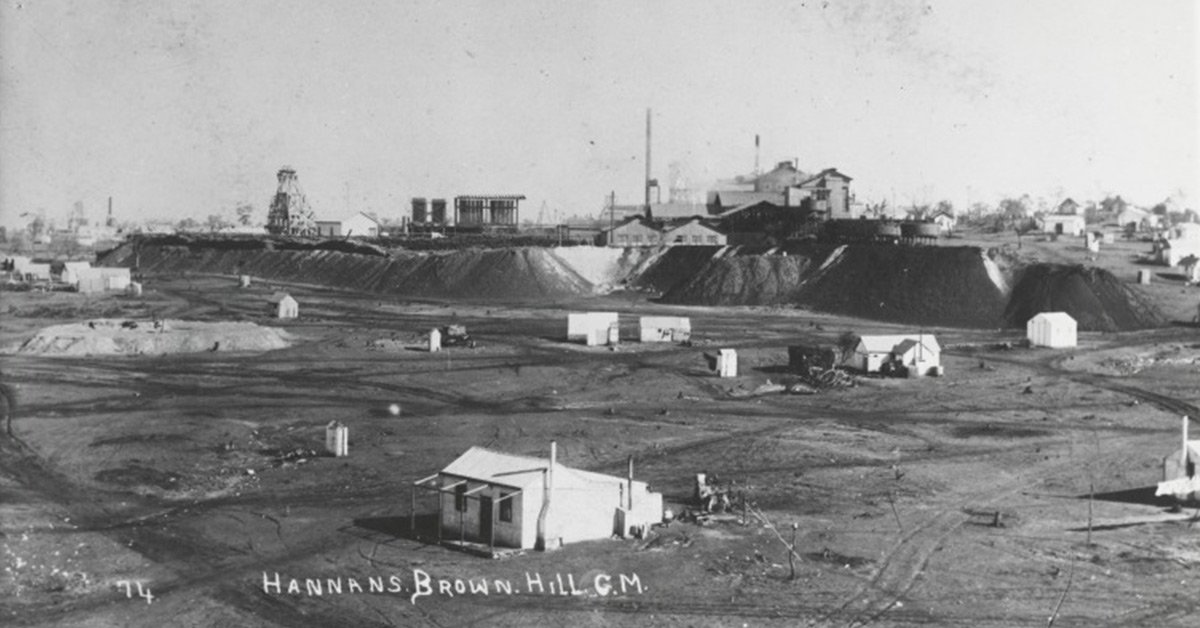 The towns of Kalgoorlie and Boulder in Western Australia were founded during the gold rush of the 1890s, and Brown Hill was one of the first claims that put what became known as the Golden Mile on the map. The Golden Mile remains the richest source of gold in the world. Brown Hill wine’s co-owners and co-founders, Jim and Gwen Bailey, grew up in Boulder on the Golden Mile – fourth-generation locals. Jim recalls he and his father watering their vegetable patch with water diverted from the old Brown Hill mine site. Jim developed a love of growing and cultivating from these modest beginnings.

In 1987, they purchased the property they subsequently named Brown Hill, in homage to the Bailey family’s longstanding connection with the Goldfields, and marking their own precious ‘claim’. It was eventually established as a vineyard in 1995, with a singular vision of growing Margaret River’s finest varietals. Today, Brown Hill is also an intergenerational family concern co-owned and run by Jim, Gwen, their winemaker son, Nathan, and his wife, Chiara.

With such a strong family history forged in the Goldfields, it seemed like the natural progression to name some of Margaret River’s finest wines after that region’s great goldmines, mining legends and Bailey family members. So, here’s a selection, and some of the stories behind them.

Golden Horseshoe Chardonnay was named in homage to one of the richest mines in WA, in the southwest part of the Golden Mile, which also had the reputation of being one of the most dangerous to work. It was mined from 1895 to 1928. Bordering this lease to its south, was the Chaffers lease, which our Chaffers Shiraz is named for, while to the east lies Great Boulder, which gives its name to the Great Boulder Cabernet Shiraz Merlot Malbec. The Brown Hill Ivanhoe Reserve Cabernet Sauvignon is derived from the vast Ivanhoe lease to the north, mined from 1898 to 1923, and another of the region’s richest.

The Brown Hill Perseverance Cabernet Merlot gets its name from reputedly the richest blocks on the Golden Mile in 1901, with 10 shafts on the 24-acre block. It was here that tomichite, a unique form of oxide mineral, was discovered by Perth geologist SA Tomich, in 1978, and where Gwen Bailey’s father worked as a welder.

Another member of the Bailey family, Bill, who was Jim’s eldest brother and a keen supporter of Brown Hill winery, has been commemorated through our Bill Bailey Shiraz Cabernet. He worked on the North Kalgoorlie mine as an engineer. Our Hannans Cabernet Sauvignon is named for the Irish prospector who first discovered gold in Kalgoorlie in 1893, Patrick ‘Paddy’ Hannan.

Our Lakeview Sauvignon Blanc Semillon is named for the second oldest mine on the Golden Mile after Great Boulder, which launched in 1895, while Fimiston Shiraz takes its title from what was formerly a suburb of Kalgoorlie located atop what is now known as the Fimiston Superpit, an enormous mine that now encompasses a number of smaller leases.

Others in the Brown Hill portfolio are all named after mines in the area, including Croesus Merlot, Trafalgar Cabernet Merlot, Jubilee Semillon and Charlotte Sauvignon Blanc.

All in all, we feel it’s a fitting way to honour a venerable family history and stake our own claim for the future.