The story of our Bill Bailey Shiraz Cabernet 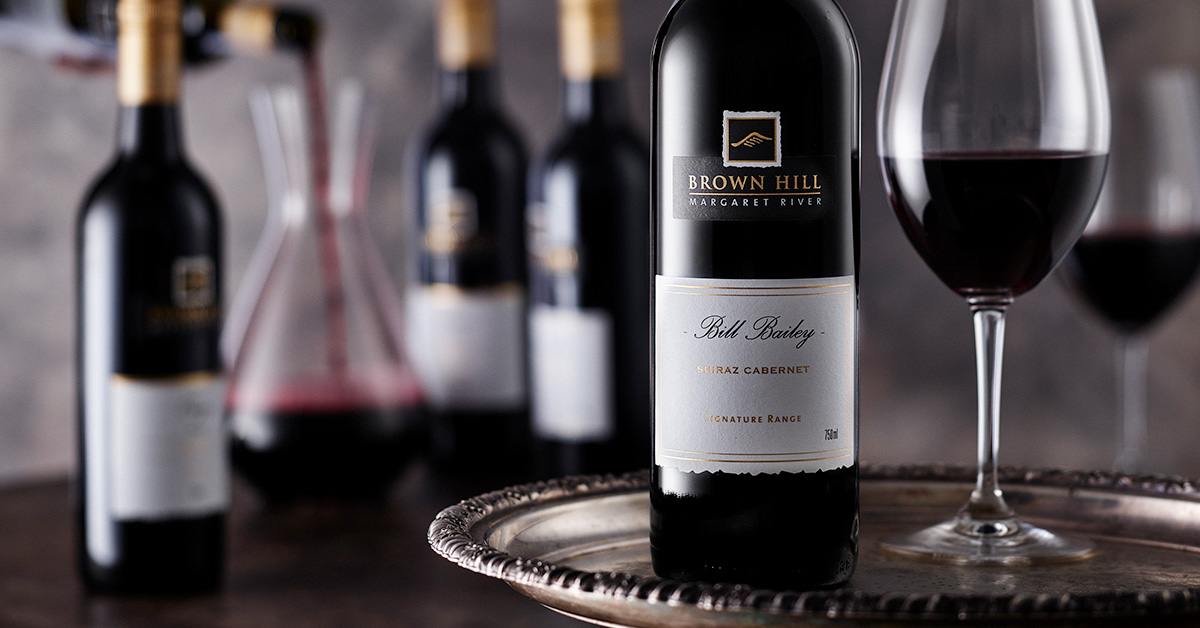 Brown Hill wine lovers have come to know our Bill Bailey Shiraz Cabernet over the years. It’s a Margaret River wine that is made in small quantities, and only in years where the vintage conditions are perfect. It really is something special.

As a family, we certainly have a soft spot for this wine and it’s one that we hold in high regard given the family connection. It’s named after my late Uncle Bill (my dad Jim’s eldest brother) who was very close to us all. Uncle Bill was born and bred in Kalgoorlie and worked as a Mining Engineer in the town all his life. Bill was larger than life and a huge advocate of Brown Hill wines. He often visited us to help in the early years when we were establishing the winery and even handpicked our first vintage with us.  He provided inspiration and was always up for a good old chat, so it was natural that we’d name one of our finest wines in his honour.

We’d explored making a wine from the best of our Margaret River shiraz and cabernet sauvignon grapes, and the inspiration for the Bill Bailey is the Amarone style wines from the north east of Italy, in the Veneto region.

The shiraz and cabernet sauvignon grapes from our premium Margaret River vineyards are grown together and handpicked together very late in the season - later than all the others so that the berries are quite raisin like. The result is a very ripe, raisin like full bodied wine with a beautiful and soft acid structure. Because it’s picked so late in the season, it heightens the risk of spoiling the grapes – often losing the crop as the season breaks and the autumn rains roll in.

Just like other wines in our Signature Collection, we only make Bill Bailey in small parcels, often with only a few hundred cases being made. It is a wine that consistently receives rave reviews and sells out very fast with our members. The 2016 vintage was released in November 2018 and was all gone eight weeks later! This particular vintage scored 97 points from Ray Jordan and was named Runner Up Best Red Blend, WA Wine Guide 2019.

The enjoyable part about making a wine that really reflects the vintage conditions is that it evolves from season to season. When I recently tasted the 2011 vintage, what struck me was the lovely mulberry and jammy black fruit flavour. It’s an intense wine that reflected the warm growing season. The 2016 vintage was very different – more blackcurrant and cherry flavour but as it ages, I suspect there will be a battle going on between the lusciousness of the shiraz and the robustness of the cabernet. Just like my children, these wines are all different.

The 2019 vintage in Margaret River was milder than an average summer. The cooler season lengthened the ripening of grapes, giving us picking windows for optimal grape development. This favoured the intensity of flavour and aroma profiles of the finished wines.The small select part of our family vineyard that is planted 50/50 Shiraz to Cabernet to create this field blend. It was left to be hand harvested late into the season to allow for complex fruit flavours to develop. Hand harvesting the fruit and putting over our sorting table allowed for the purity to shine in this cult classic. Aged in a mixture of French and American oak for a period of 18 months just adds to the complexity, structure and juiciness that this exquisite wine displays.

Our 2019 Bill Bailey is an exquisite wine, displaying stunning concentrated fruit flavours. There are notes of mulberry, plums and dark chocolate on the nose. The palate is complex and layered with a beautiful blend of raspberry, blueberry and spice.

How do you secure your future Bill Bailey collection?

Join our Wine Club of course! In 2020 our Signature Range Wine club customers had access to Bill Bailey Shiraz Cabernet to enjoy for an entire year. It’s a great way of making sure that you savour our finest selection and don’t miss out on our award winning small parcel releases.